Q. How do I print in the library? (Patrons without a valid KSC Net ID)

Patrons without a valid KSC NetID

How do I print in the library? (Patrons without a valid KSC Net ID)

Patrons without a valid KSC NetID

Patrons without an active KSC NetID may print for a fee of 10 cents per page.
This service is only available on the publicly accessible machines near the periodicals section:

Print to the Coin Operated Printer

Using an application’s pull down menu select Print from File. Alternatively you may also use CTRL-P which will also bring up the Print menu. 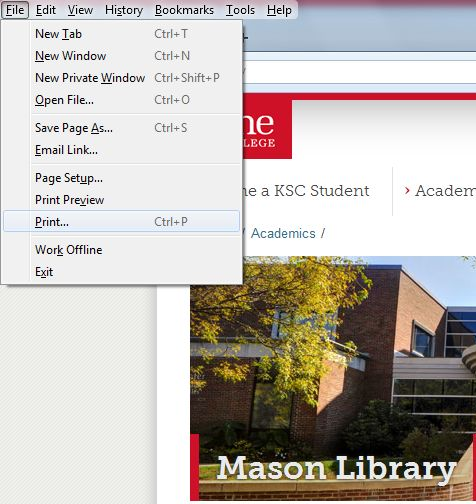 The Library’s Coin Operated Printer, LibraryPeriodicals is the only available selection in the print menu.

A popup window will appear with the computer machine name, the title of the document sent to print, the location of the coin operated printer, and the cost per page.  Click OK. 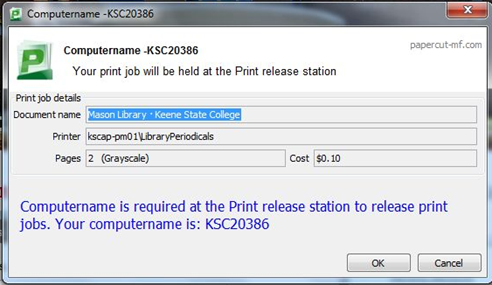 Another popup will appear near the computer’s system clock. 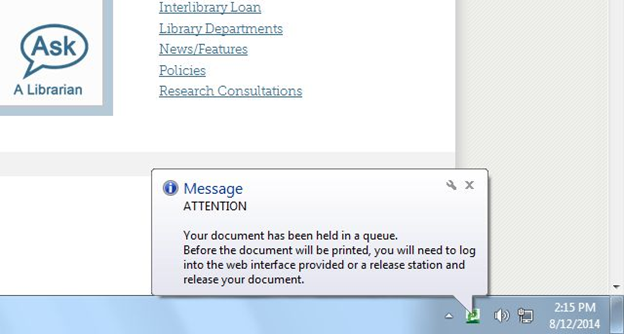 At this point the patron should either insert coins into the coin slot or bills into the bill collecting tray.

At the Release Station

Once money has been inserted into the collection box the document(s) may now be released.

Step up to the release station. 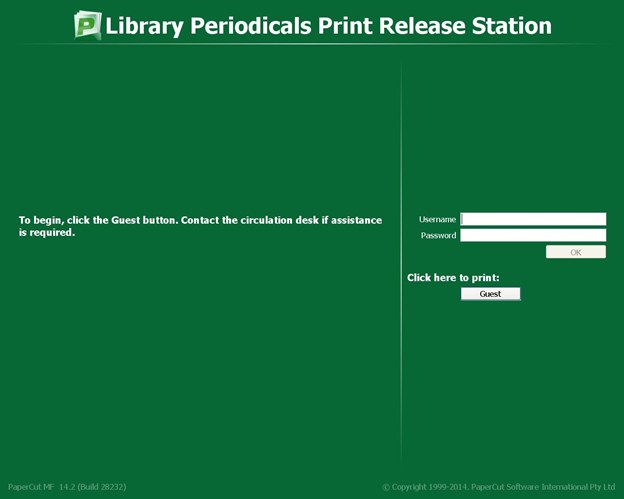 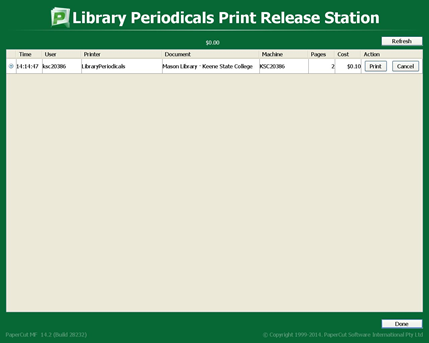 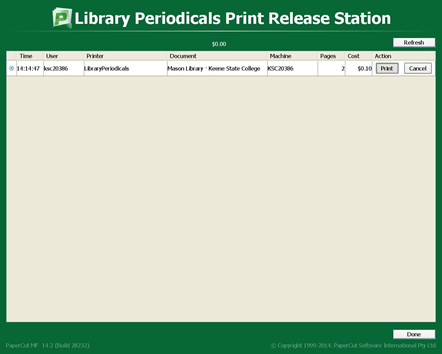 If there was not enough money inserted into the collection box the program will prompt the user to ante up. 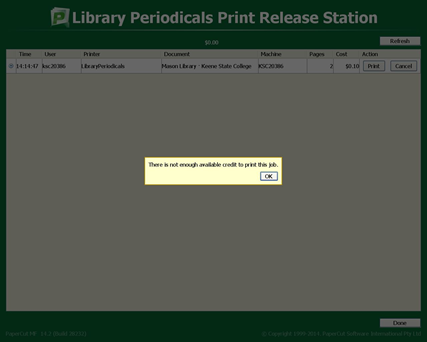 And if the document isn’t needed it can be cancelled by clicking on the Cancel button. 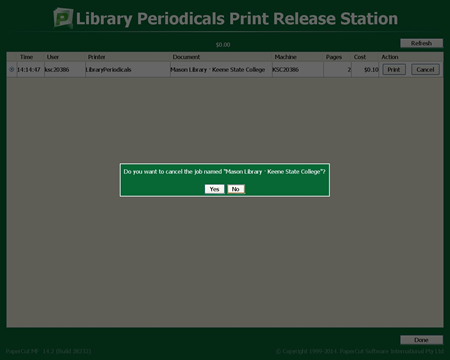